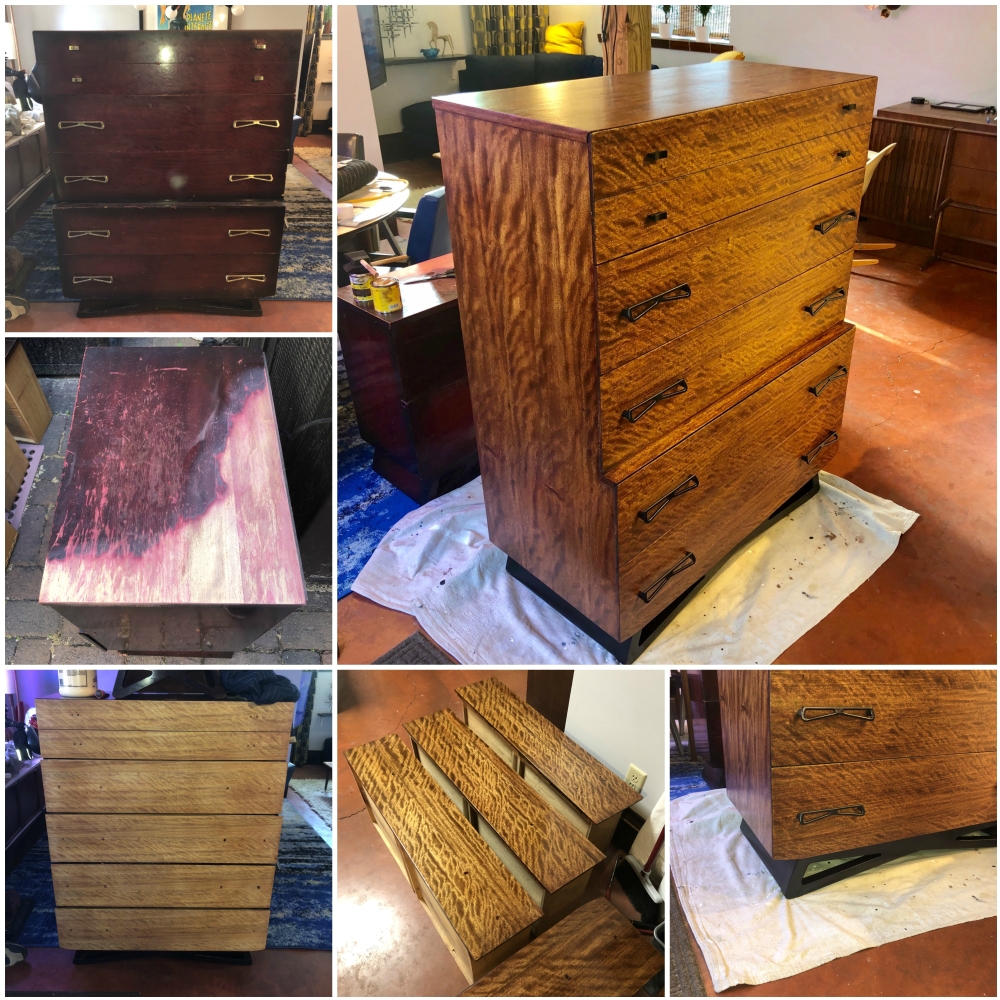 Restoring – and sometimes totally transforming – rescued 20th Century modern furniture is deep in the DNA at MidModMen+friends. It’s a process that sometimes requires as much creative imagination as it does physical determination.

This well-worn but high-quality chest of drawers from the 1950s is a case in point. It began as a probable restoration, but when the heavily tinted and lacquered original finish was stripped away we found wood with complex and dramatic figuring. The decision almost made itself: embrace and elevate that beautiful wood rather than hiding it again under a dark stain. The solution was a lightly tinted stain with a polyurethane finish.

The chest’s base and its bow tie-shaped drawer handles were worn, too, so they were finished in a durable black paint.

This piece and its companion dresser and nightstand all received the same treatment and ultimately went to the same home.